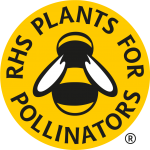 Poppies are one of our prettiest, brightest and most iconic wild flowers. The seeds are renowned for germinating in freshly turned soils, which is why we often see poppies appear in our ploughed farmlands. It’s for this reason they became known as the ‘corn poppy’. Is is said that the seeds can remain viable for over 100 years, even within the soil. They’ll lie dormant until the earth is disturbed, patiently awaiting the chance to see the light and germinate. In Flanders Fields during WW1, it was the bombs that provided the perfect conditions for the famous explosion of colour that has seen the wild poppy become our national flower of remembrance. In agriculture, poppies are sadly considered a weed and in decline.

Poppies have the most brilliant red petals that will add a vibrant burst of colour to your garden. They’re highly beneficial to bees and other pollinating insects will attract an array of wildlife. Seeds are best sown in autumn or early spring. Plants that germinate in autumn and overwinter usually produce more blooms. If you allow poppies to set seed, they’ll likely return year-after-year with minimal effort – and can take over if you’re not careful!

VIEW ALL PRODUCTS
The Forget-me-nots arrived yesterday - I am absolutely thrilled with them it will be the perfect final touch, thank you so very much. Kind regards,
~ Christine & Family
"We are blown away at all your care and attention to make this right…..it’s been fun working with you during this sad time, you’ve made a horrible time easier."
~ Elaine Cripps
Just to say the poppy seed packets arrived safely and to thank you for such prompt and efficient service. It is a sad reason for ordering them but they will be a very special memory keepsake for family and friends. Kind regards,
~ Ali Rickford
Fantastic service and communications, speedy delivery and a beautiful product.
~ Helen Carroll
Thank you so much for sending out such a high quality product that fits the description perfectly, can not fault these at all they are so pretty and I can't wait to give them to our guests! Thanks again,
~ Kelly Rehbein
Thank you so much for the fast efficient service and your prompt communication which has made this difficult time much easier. Following the service, I may need a few more so will be in touch if I do. Kind regards,
~ Chris Andrews
I am so very pleased with my order, both items were as you showed on your website.  The book is a simple design and I love the black rose, it finishes it perfectly.  The wild seed packets are very pretty and good quality.  I would like to thank you specifically for keeping me updated on my order and the personal service you've given me, especially at this difficult time.
~ Diane Riddle
I cannot thank you enough. Superb product, delivery and customer service.
~ Alison Rokka
I just wanted to say thank you for the prompt heartfelt service that you have provided. The seed packets are beautiful and your message and butterfly made me cry x Thank you so much. Kindest regards,
~ Claire Pugh

Delivery within the UK. Overseas delivery can be arranged upon request.

Please do not use ‘Free Delivery’ if your items are required urgently. Delivery can take up to 10 working days using this service.